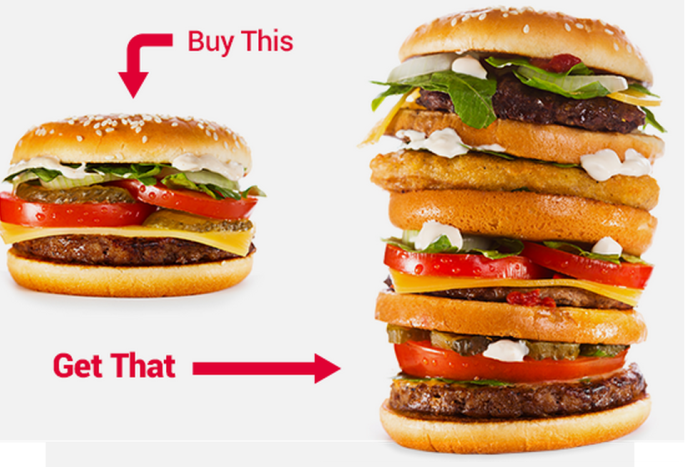 Unitrends offers comprehensive protection and true recovery assurance. Our Recovery-Series physical appliances provide local data backup and recovery for physical and virtual environments, with the option to integrate with our cloud (or yours) for long term data retention and offsite disaster recovery.

Don’t Delay! Offer valid until July 29, 2016.
Contact your preferred Unitrends reseller or me at mbloom@unitrends.com to receive more information.

ABOUT UNITRENDS FOREVER CLOUD
Unitrends’ Forever Cloud enables Unitrends customers to keep specific data on-premise for short-term retention and rapid recovery needs, while moving backup copies required for long-term retention to the cloud. Not only does this remove the burden of long-term retention management, but it also enables organizations to reduce capital expenses and operating costs by leveraging a hybrid cloud storage model. 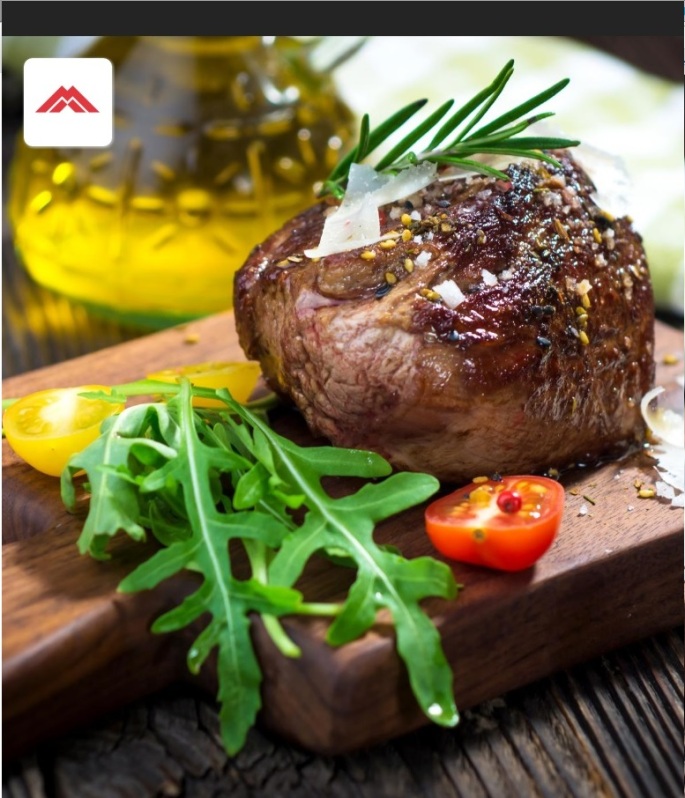 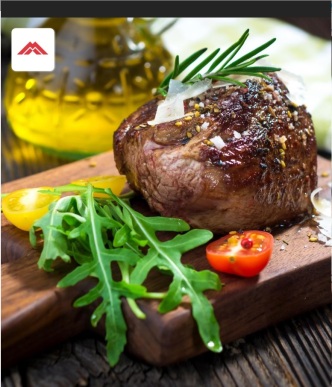 Want to effectively and seamlessly protect your company’s data?

Join us over a delicious steak lunch to learn more about Unitrends’ backup and disaster recovery solutions. Unitrends solutions are built to be flexible as you adapt your environment – whether physical or virtual – so it’s easy to protect and recover data in case of a disruptive event. Seating is limited, so snag your spot now!

Parking Information:
We will hand out parking passes as you check in – valid ONLY at these two parking locations. Please plan accordingly.

Click Here to Register
Seating is limited, so snag your spot now!

Re-imagine backup and recovery for your digital world

The Connected Continuity Platform™ brings together the industry’s leading portfolio of Continuity Services in a single, super intuitive platform that gives you unmatched flexibility as your business needs evolve.

Discover the power of the platform to capitalize on the potential of cloud economics, reduce your overall spend on IT and gain total confidence in the recovery point to come.

Cloud Continuity Services
Flexible cloud storage and disaster recovery services on the Unitrends Cloud or the hyperscale cloud of your choice, including Google, Rackspace, or AWS.

Total Recovery Assurance
Automated DR testing ensures your recovery objectives, saves you the time and expense of manual alternatives, and gives you 100% confidence in the recovery point to come.

Disaster Recovery Services
Rapid spin-up of critical applications to the Unitrends cloud at a cost significantly lower than building and managing your own off-site DR. Plus our guaranteed 1 hour SLA ensures your critical virtual machines are up and running fast.

Continuity Planning and Tools
Free tools to help you design your DR plan, calculate your time to recover, understand your storage capacity and utilization plus calculate your backup sizing needs.

The Cisco Unified Computing Systems (UCS) portfolio configured with Unitrends Enterprise Backup™ provides small and medium businesses (SMBs) with the opportunity to maximize their technology investments. Protect heterogeneous data locally on-premise or back up securely to off-premise public or private clouds. The integrated solution provides the most reliable data protection backup solution in the industry in any one of the following cloud deployment models – locally, private, public as well as a mix of offerings.

Cisco’s UCS Server Platform cuts operating costs by standardizing data centers. The idea behind the system is to reduce total cost of ownership and improve scalability by integrating the different components into a cohesive platform that can be managed as a single unit. With Unitrends Virtual Appliance (Unitrends Enterprise Backup), we give customers one distinct reasons to review our product that no one else can offer:

We’re the only DR Solution that does the following: We back up all the UCS proprietary configuration data aka service profiles

Unitrends protects everything the UCS systems provision, PLUS these service profiles.

Why Such a Perfect Fit…?

In a word: Unified 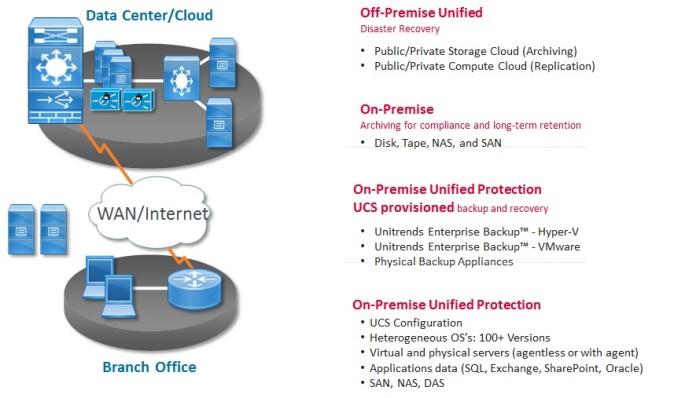 Webinar: How To Sell Your Backup Strategy To Executives

That said, executives speak the underlying language of business continuity and disaster recovery: the active management of risk. In order to make the case for modern backup and disaster recovery to an executive, it’s important that you describe the benefits of effective backup strategies in a language that makes sense not only in financial terms, but also in terms of value and benefit to the organization.

Join Dr. Mark Campbell, Chief Strategy/Technology Officer at Unitrends, as he discusses today’s backup strategies and how to make the critical connection between backup, continuity, financial benefits and business resilience

You Receives up to 50% off purchase of new appliance + step up to next size, when you trade-in your old Unitrends appliance or a competitive product.

•Valid for all other competitive sales purposes, as well
•Required evidence:  Show us a competitive quote

UEB (software only) Offer: Buy 1 License Get One Free, also 2nd Year of Maintenance is Free 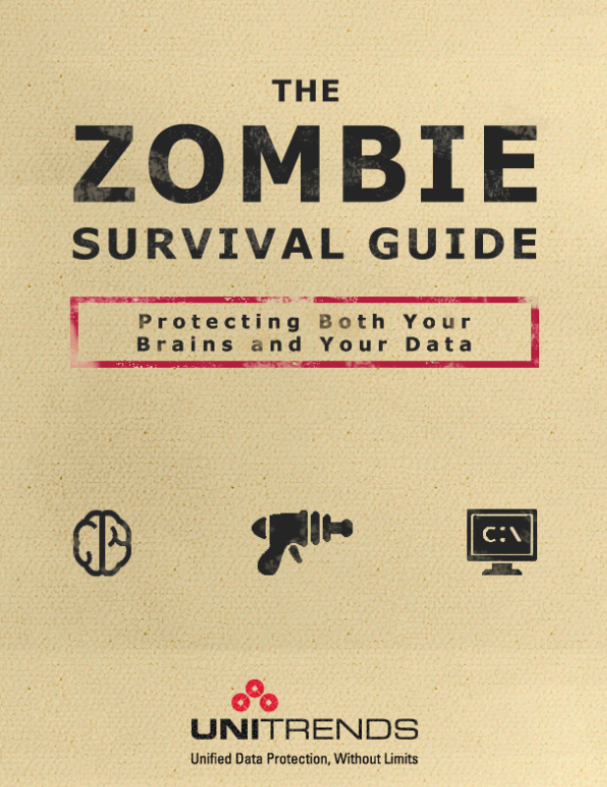 Webinar: Surviving The Zombie Apocalypse. Protecting Both Your Brains and Your Data.

Mark Campbell, Zombie Assassin (and Unitrends CTO) gives insight into the most important survival tactics for protecting your brains and your data.

The Unitrends’ Recovery-Series of backup, archiving and disaster recovery appliances provide next-generation data protection designed from the ground-up as a simple, all-in-one solution for small and medium businesses. Unitrends’ appliances enable businesses to focus on their business rather than on their backup through technology that is so sophisticated, it makes data protection simple. With the new Recovery-943, Unitrends has developed the industry’s first tiered storage high density enterprise class backup appliance.

•What is Tiered Storage?
–Tiered storage is a data storage environment consisting of two or more kinds of storage
–OS, Metadata and Backup stored on different drives

This 4U form factor unit has 36 3TB drives configured in a RAID-60 to optimize redundancy and performance. Fault-tolerant two solid-state internal drives for the operating system in a mirrored configuration and high speed rotational hard drives for metadata in a mirrored setup, specifically designed to allow parallel commit of metadata and backup streams. The unit is configured with dual power supplies and hot-swap user-replaceable drives. Features like:

To check and see how Unitrends compares to your current solution: http://www.unitrends.com/resources/competitive-analysis.html

For more information or to set up a technical demo, please give me a call at 949-709-1128 or email me at mbloom@unitrends.com.

Symantec CEO Salem Is Out As Q1 Profits Fall

Enrique Salem is out as Symantec (NSDQ:SYMC)’s CEO after the company’s first-quarter earnings plunged nearly 10 percent, the company said Wednesday.

Chairman Steve Bennett has been named CEO and president of the security software vendor and will retain the chairman position. Bennett joined Symantec’s board in February 2010 and became chairman in 2011.

“Enrique Salem has been a significant contributor during his 19 years associated with Symantec, including the last three years as CEO,” Bennett said in a statement. “While progress has been made over the last three years in many areas, it was the board’s judgment that it was in the best interests of Symantec to make a change in the CEO.

“My view is that Symantec’s assets are strong and yet the company is underperforming against the opportunity,” Bennett said. “I’m looking forward to working with the team to build upon the significant assets in place to help Symantec accelerate value creation for all of its stakeholders.”

Symantec is forecasting sales for the current (second) fiscal quarter ending Sept. 28 to be between $1.635 and $1.665 billion.

The company was originally scheduled to report the quarterly results today after the close of the stock markets.

Beyond Virtual: Enterprise-Class Data Protection for Every Business

Unitrends has provided next-generation enterprise-class data protection to thousands of customers. Now with Unitrends Enterprise Backup™ we are offering a software-only solution available as a virtual appliance for Microsoft Hyper-V and VMware vSphere that goes beyond virtualization. No longer do you have to learn and manage two or more separate products to protect your virtual and physical infrastructure and extend that data protection to the cloud. Ditch the niche!